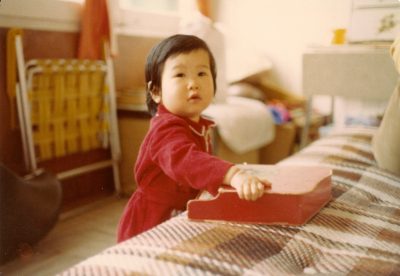 Versatile as both a soloist and collaborative artist, Elaine Lau has performed as keyboardist and soloist with numerous orchestras, and broadcast on CBC Radio 2, National Public Radio (USA) and Rondo Classic (Finland). She has performed with ensembles including the Canadian Chamber Ensemble, Contact Contemporary Music, and the Kitchener-Waterloo Symphony. As a solo recitalist, she has been featured on the Canadian Opera Company’s Piano Virtuoso concert series, Arts and Letters Series, the Canadian Music Centre’s On the 13th! Piano Series and at the McMichael Canadian Art Collection. Her live performances of Canadian piano repertoire can be found online at the Canadian Music Centre.

In addition to her interest in the standard literature, Elaine also regularly premieres new works for toy, solo and duo piano, and is a founding member of junctQín, a Toronto-based contemporary keyboard collective. Recent highlights include performances at the Open Ears Festival (Kitchener-Waterloo), the International Electro-acoustic Symposium, and the Colours of Music Festival in Barrie. As duo pianist with Joseph Ferretti, Elaine has performed across North America and recorded for Capstone Records.  Current projects include reTHINK, a recording of contemporary piano music for six hands (release in 2020 on Redshift Records), funded by FACTOR and the Canada Council for the Arts, a joint commission collaboration with Quatuor Bozzini and junctQín (composers Jason Doell & Rebecca Bruton), as well as performances for NUMUS (KW) and Arrayspace (Toronto).

Elaine was coach and repetiteur for the Opera Theatre of Lucca (Italy) and for several years, collaborative pianist/instructor for the Pennsylvania Governor’s School for the Arts (USA). In addition to performing, Elaine is active nationally as an adjudicator; she also serves as a Senior Examiner for The Royal Conservatory of Music and was the recipient of the 2018 Contribution to Teaching Award from the Ontario Registered Music Teachers Association (ORMTA). As a Senior Teacher Advisor, Elaine happily contributed to MEDA (Music Education in the Digital Age), a multi-institutional project that produced educational learning tools. A member of the piano faculty at Wilfrid Laurier University since 2003, Ms. Lau has served as keyboard faculty at the National Youth Orchestra of Canada and most recently joined the piano faculty at the Royal Conservatory of Music.

“A powerful player full of character and musical ideas”

“Elaine Lau is bursting with talent"